In summer, Mazzin is the starting point for many excursion routes, such as the one leading to the famous Lake Antermoia, through the Udai and Dona valleys.
In winter, the village is the departure point for the Marcialonga di Fiemme e Fassa cross-country skiing trail, as well as the alpine ski slopes. 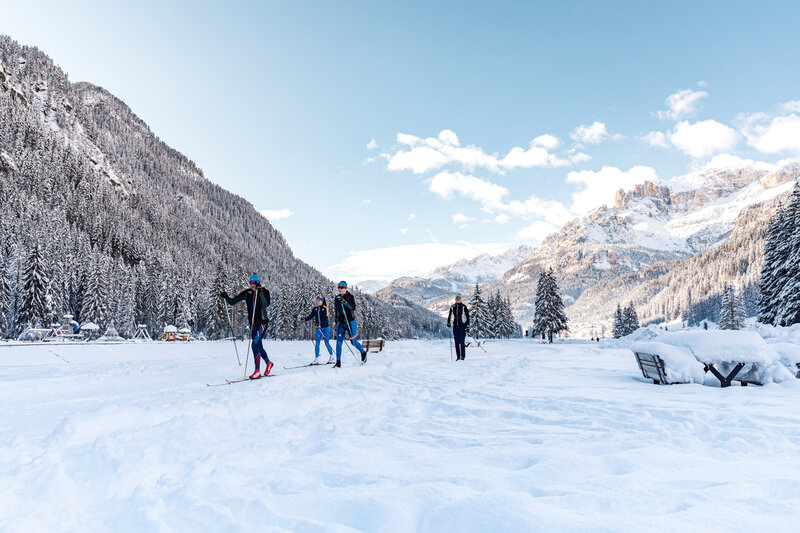 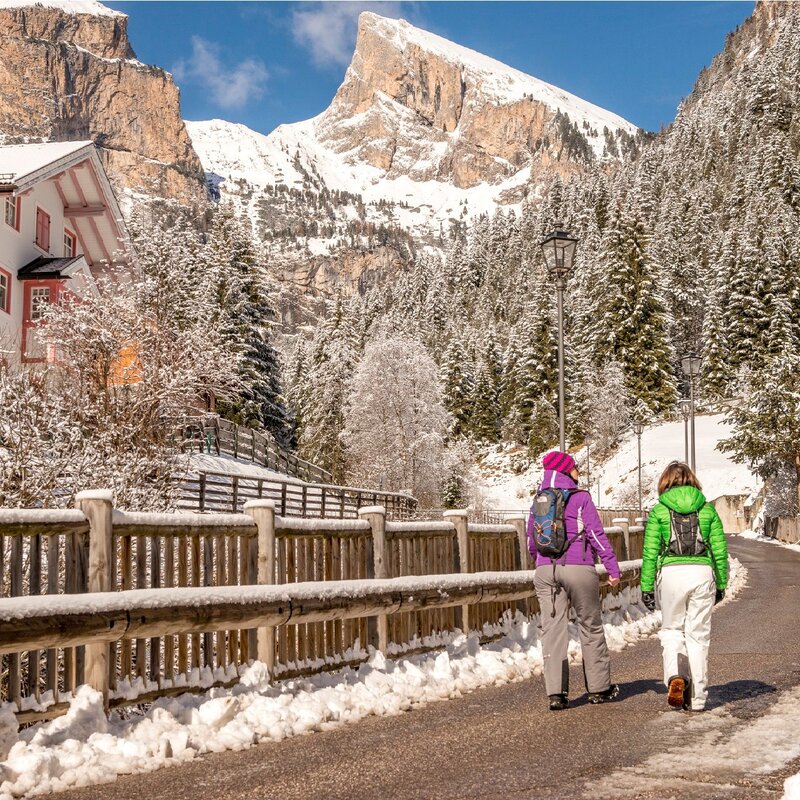 Mazzin (1372 m), with its hamlets of Campestrin and Fontanazzo, is the smallest town in the Fassa Valley. It's also known as the village of the "pitores": artisans who periodically emigrated for a few months each year in search of houses and monuments to decorate. Mazzin still has the only rustic manor house in the valley, Casa Battel, whose decorations, frescoes and pointed tower have considerable artistic value.

The village is set against the rocky backdrop of the Catinaccio d'Antemonia (3002 m), the Cima Dodici (2446 m) and the Col Bel (2436 m).
During the 1960s, an important archaeological discovery was made at Doss dei Pigui, a site near the Avisio River. The excavations unearthed a number of bronze objects and jewels made by the Reti population, a mountain people who lived in the Fassa Valley during the 5th century B.C. You can admire these artefacts at the Ladin de Fascia Museum in Vigo di Fassa.

For keen alpine skiers, there is a convenient free ski bus to the Dolomiti Superski ski lifts. If you prefer cross-country skiing, you can directly access the famous Marcialonga di Fiemme e Fassa, a ski trail that leads in one direction to Canazei and to Moena on the other, or venture onto the Rodolon trail at Fontanazzo, which twice a week is illuminated for nighttime cross-country ski tours.

During the summer, Mazzin is the starting point for many excursions to the Udai and Dona valleys or Lake Antermoia, an alpine lake with crystal-clear waters located on the Catinaccio. According to legend, the lake was named after the nymph Antermoia.