At the foot of the Marmolada (3343 m), the Fedaia Pass marks the boundary between Trentino and Veneto. The location takes its name from the Ladin word "feida" (sheep), because it was once a grazing area, and has a lake of the same name.
In summer, the Fedaia is a starting point for numerous excursions, while from February to May it is a mecca for mountaineers and free-riders on the northern side of the Marmolada. During World War I, soldiers built a "City of Ice" here, although no trace is left today. 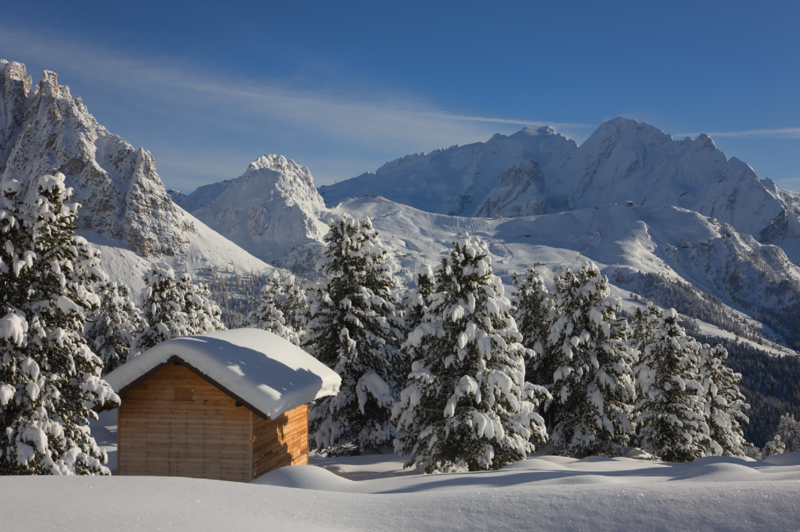 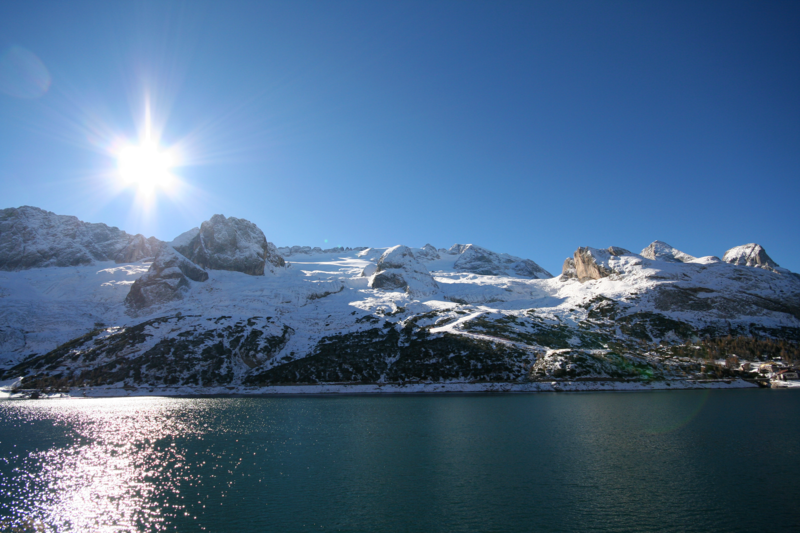 The Fedaia Pass (2,054 m) is an alpine pass located between the provinces of Trento and Belluno. It then connects the Fassa, Pettorina and Upper Agordino Valleys.

Located on the slopes of the Marmolada, the Fedaia Pass is easily accessible from Canazei and is known for Lake Fedaia, an artificial mountain basin about 2 km long, edged by a dam whose banks are encircled by a tarmacked road. Since 1950 the lake has been used to generate hydroelectric power from the thaw waters of the Marmolada. At the foot of the dam a laboratory was built for the study of cosmic rays. Used until 1955, it required large amounts of electricity.

The pass is very popular both in winter and summer, mainly thanks to the spectacular views of the Dolomites, which can be admired during cross-country skiing tours or trekking on designated routes.
A favourite place for cyclists, it is particularly popular on the Veneto side for the straight route of Malga Ciapela, a 3 km path with a gradient varying from 12% to 15%; less challenging is the Trentino side, where the average gradient is 5%.

In remembrance of the tragic events that took place on the Marmolada during the First World War, the Marmolada Great War Museum was founded to accommodate a collection of 700 valuable war exhibits.

Marmolada glacier and the Gran Vernel peak (on the right). The Marmolada, designated the "Queen of the Dolomites" by Don Luigi Baroldi in 1883, is today one of the Unesco World Heritage sites.
Static webcam. 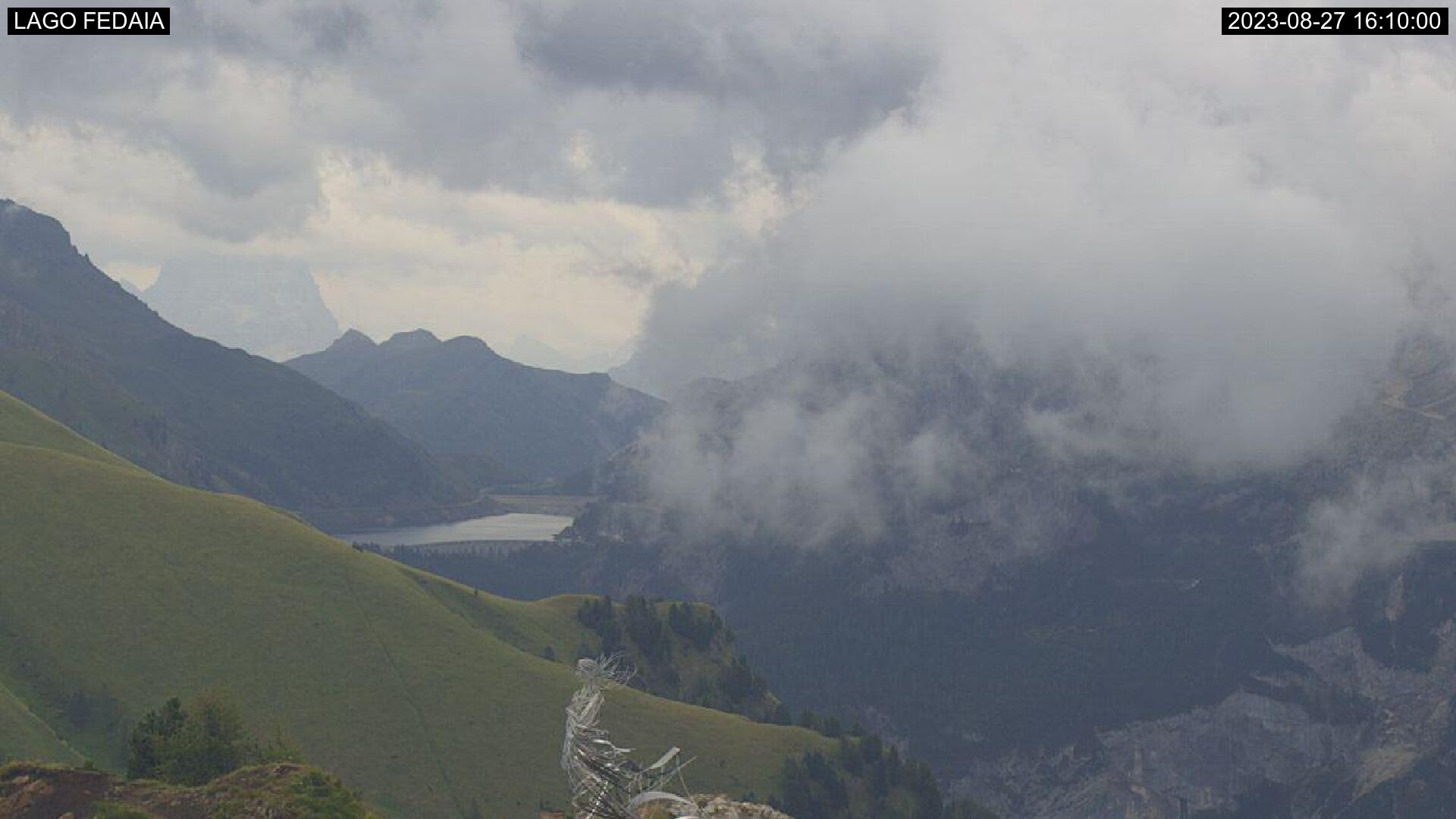 Passo Fedaia and Lake (2 054 m). On the right side you can see the Marmolada glacier, the Queen of the Dolomites, scene of many First World War cruel battles and, since June 2009, Unesco World Heritage site. The pass is located between the provinces of Trento and Belluno.
Static webcam.